Brussels, Saint-Louis and getting around

Brussels is very easy to get to. And as in most large cities, as you might expect, it is easy to get around on public transport, by bicycle or on foot. Brussels is a city that you can live in, explore and enjoy without a car!

Getting around Brussels: Guide

The university is ideally located in the centre of the city with several railway stations within easy reach. It is also located halfway between two of the city’s main public transport stations, Botanique, and Rogier, which offer convenient metro, tram and bus access to and across the entire city. 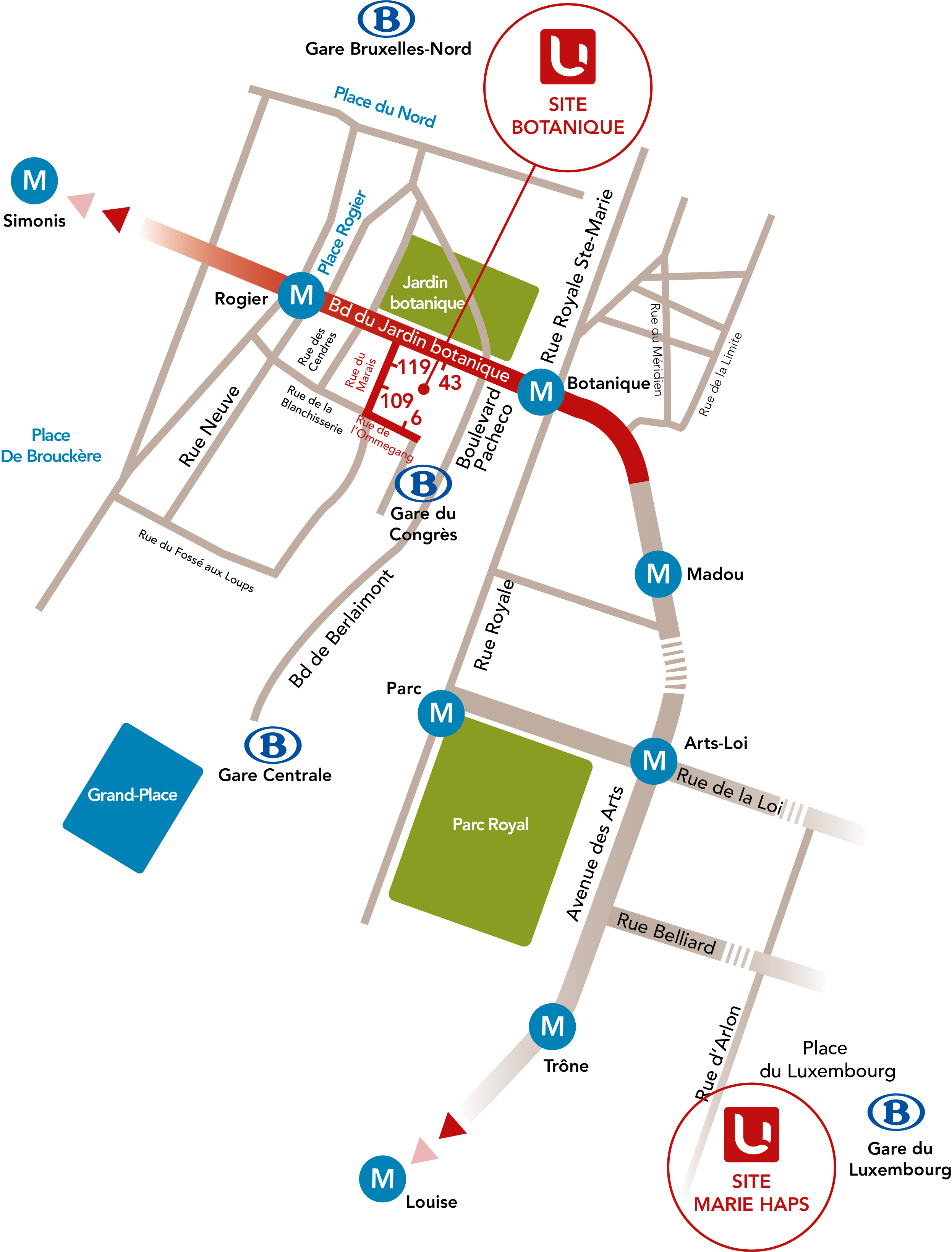